Everything You Need to Know about the Types of Screen Resolutions 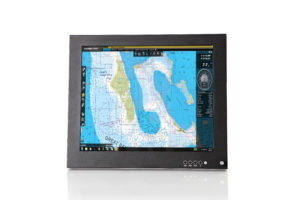 Screen resolution technology has come a long way in the past 50 years or so. In the past, television featured interlaced scans that had lines that were easily visible the closer you sat to the screen. Nowadays, modern technology has allowed users to have a lot more options when it comes to configuring digital display options on mobile devices, television screens, laptops, computers, tablets, and any other devices they’re using. Different types of screen resolutions are available to help users achieve the ultimate viewing experience that they prefer. And, as technology continues to evolve at a rapid pace, new and better image quality resolutions are constantly in the works and ready for public consumption.

With that said, here are some of the most current types of screen resolutions that you should know about.

VGA was first released in 1987 by IBM as part of their PS/2 line of computers. Since its initial inception, VGA has taken on a few different meanings in recent years and is characterized by its 640×480 resolution. It also refers to the 15-pin D-subminiature VGA connector and the analog computer display standard. Currently, it’s used for high-definition resolutions of 1080p or higher.

Developed in 1988 (just one year after IBM introduced VGA) by NEC Home Electronics, SVGA was an improvement on its predecessor. It increased graphics display resolutions by up to 36%, which amounted to 800×600 pixels. SVGA was designed to be compatible with the IBM PC and eventually replace VGA.

If you’re not sure what XGA looks like, you’ve definitely seen it before. Most modern laptop computers—around 80% of the current market—use XGA, which is an LCD display that exhibits 1024×768 resolutions. Sizes range from 15.1 inches to 10.4 inches.

As the name suggests, SXGA+ is an extension or modified version of XGA. With a 1400×1050 resolution, this screen is designed specifically and exclusively to accommodate laptop computers. It also has a much higher display accuracy than its predecessor thanks its compatibility with the horizontal and vertical dot pitch that all standard-sized laptop computers have.

QXGA has a resolution of 2048×1536. This particular display mode is commonly used by graphics designers, computer engineers, and other users who require or prefer exact image details when using various programs for specific projects. It’s also ideal for users who use their devices to watch online videos.

With a resolution of 1600×21200, UXGA is also used by computer programmers, editors, and designers who require high definition and crystal clear images. It’s commonly used for watching TV shows, movies, and other forms of media or entertainment online to ensure an exceptional viewing quality.

WVGA is a much wider version of the standard VGA. It has a resolution of 800×480.

With a resolution of 1280×800, WXGA is an extended and wider version of the standard XGA that’s used for most modern laptops. It has an aspect ratio (the image projection in proportion to the width and height of an image as it appears on the screen) 16:10 so that the size of the screen can be expanded.

Like WXGA, WSXGA+ is also a display mode that’s meant to be an improved version of the standard XGA, except it has a screen resolution of 1440×900 with an aspect ratio of 15:10, which makes it more compatible with smaller screens.

WSXGA is basically a widescreen version of the original WXGA featuring a screen resolution of 1680×1050 with 32-bit pixels. It’s most commonly applied to wide screen LCD displays that are 15.4 inches diagonally.

WQXGA has a screen resolution of 2560×1600 with 16:10 aspect ratio and the graphics consist of about 4.1 million pixels. As a result, WQXGA needs extremely high bandwidth and processing power to support its high pixel quantity. Monitors that are equipped with WQXGA also need dual-link DVI-capable cables and other devices that support a vertical resolution of 40Hz.

qHD has become the standard display mode for modern high-end smartphones and certain gaming consoles. With a 960×540 resolution coupled with a 16:9 aspect ratio, qHD accounts for a quarter of 1080p’s screen resolution, but it still packs a powerful punch for mobile devices.

This is considered the lowest possible standard in HD screening and is often used for minimal tasks like watching videos on YouTube. It has a screen resolution of 1280×720. The 720 numeral stands for the number of horizontal lines that make up the complete raster. The lowercase p indicates the progressive scanning capabilities where each line is visible from the top of the screen in the image raster.

Also known as full HDTV, ultra-HD, and true HDTV, 1080p is a display mode that’s applied to most modern television screens as it has a far superior picture quality compared to 720p. It has a screen resolution of 1920×1080, which indicates that there are 1080 vertical scans that occur right before the viewers’ eyes.

As one of the leading designers, manufacturers, and distributors of high-end military and commercial-grade displays in North America, Nauticomp Inc. is at the forefront of this technological renaissance. We build and deliver high-end monitors and displays that are customized to meet the needs and daily operations of our customers. Contact us today to learn more or to place your order!