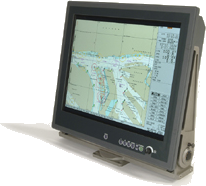 The military rugged display industry is expected to experience significant growth in the next few years. This can be attributed to a number of factors, including the increasing demand for rugged displays in military applications as well as its growing popularity in non-military industries.

The military rugged display market is anticipated to develop from $1.69 billion in 2021 to $2.68 billion by 2028. In this blog post, we will take a closer look at some of the trends that are driving the growth of this industry and discuss how they are expected to impact its growth positively.

The Increasing Need for Rugged Displays in Military Applications

Increased military spending is propelling the market growth, especially in the APAC region. Military rugged display sales are poised to rise as defense ministries across the world invest in cutting-edge technologies such as tough gadgets and vehicles to upgrade their military capabilities.

The Trend Towards Miniaturization

Military rugged displays are becoming smaller and more compact, making them easier to carry and deploy in the field. This trend is being driven by the need for lighter and more portable displays that can be used in a variety of military and non-military applications.

Military rugged displays offer a number of advantages over traditional displays, including better durability, higher contrast ratios, and wider viewing angles. As a result, they are becoming increasingly popular among non-military users, such as first responders and construction workers.

The growing demand for rugged displays from industries such as healthcare, transportation, retail, and agriculture is propelling the market expansion. Military rugged displays are also being increasingly used in the automotive industry, as they offer superior durability and performance in harsh environments.

This is expected to continue in the years to come as more and more users become aware of their benefits.

Military rugged displays are constantly evolving, with new advancements being made in areas such as resolution, brightness, and contrast ratio. This is making them more capable than ever before and opening up new possibilities for their use in a variety of applications.

Manufacturers of rugged military displays are also developing versions with enhanced impact and moisture resistance, as well as temperature range and low power requirements. In addition, smart technological advancements, such as the integration of human-machine interface (HMI) and the Internet of Things (IoT) with rugged displays are fuelling the growth further.

All of these trends are expected to have a positive impact on the military rugged display industry and contribute to its growth in the years to come. So, if you are involved in this industry, make sure to stay ahead of the curve and keep an eye out for these trends!

Contact Nauticomp to Get More Information on Military Rugged Displays